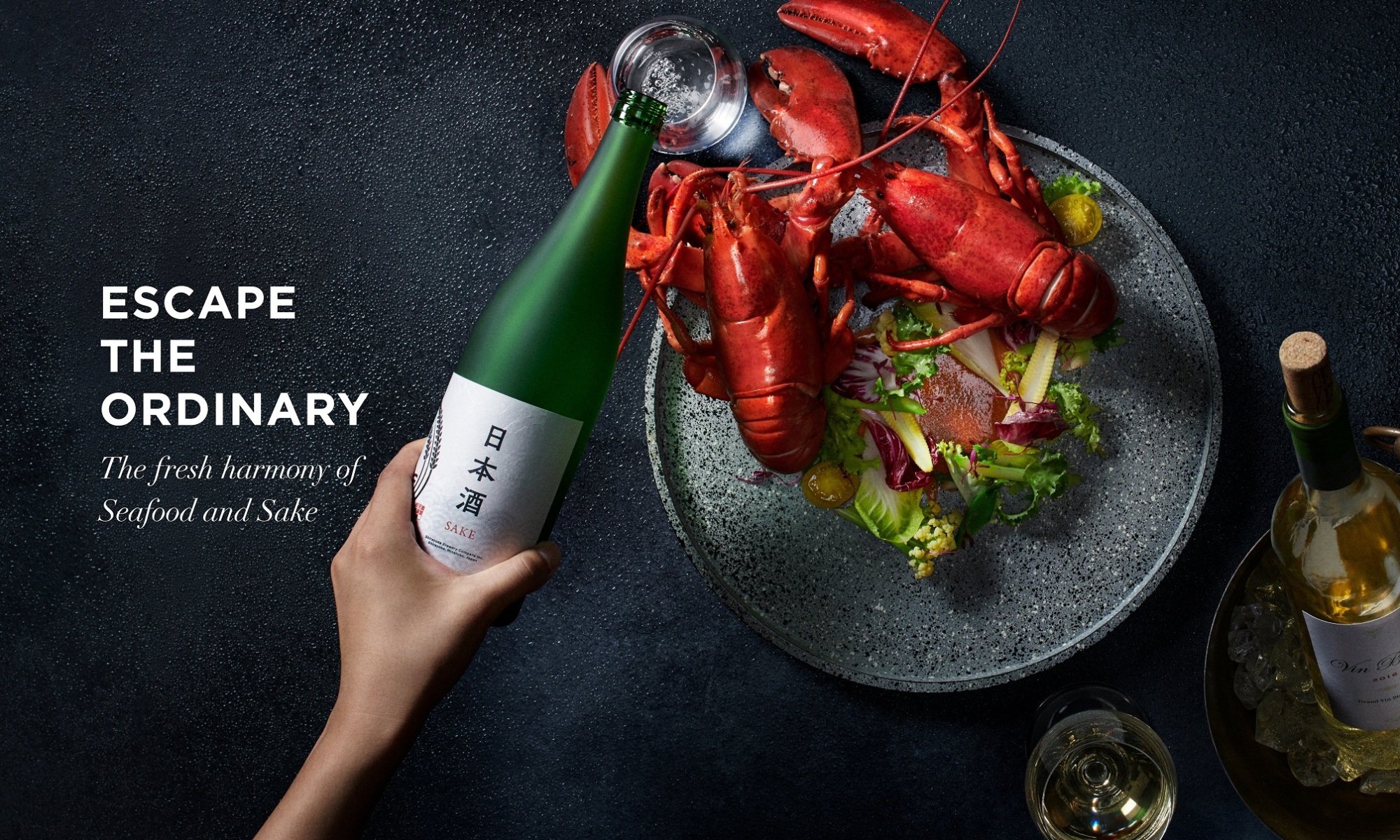 The Japan Food Product Overseas Promotion Center (hereafter JFOODO) is delighted to announce an exciting London pop-up celebrating Sake & Seafood in October. World Sake Day on the 1st October announces the start of this exciting month of Sake. Starting from October 24th for an exclusive 3 days, JFOODO are collaborating with London’s iconic seafood restaurant, The Oystermen Seafood Bar & Kitchen. Taking place in POPUP restaurant “Restaurant Paired”, in Shoreditch, JFOODO and The Oystermen will celebrate Japanese Sake as the best alcoholic beverage to enhance the taste of seafood by offering a new pairing menu.

JFOODO hopes to break the stereotype “seafood goes well with white wine” and instead wants to encourage the pairing of Japanese sake with seafood instead. Sake is both a beverage and an expression of Japanese identity. It embodies craftsmanship, innovation and versatility.

Through their three-day POPUP, JFOODO in collaboration with The Oystermen is proud to offer visitors the chance to ‘Escape the Ordinary’ through the ‘fresh harmony of Seafood and Sake’. Throughout the three day pop up, Japanese Sake Sommelier and Sake Expert will be inviting the public to experience a selection of authentic Japanese sakes alongside an expertly paired seafood tasting menu. This pop-up will also offer the opportunity to learn the etiquette and history behind sake tasting.

World Sake Day or “Nihonshu no Hi” is a significant day on the Japanese calendar. The celebrations are held annually on 1 October as the beginning of the 10th month signifies sake’s ‘New Year’s Day.’ This tradition started in 1978 and has become a day that Japanese people look forward to because it not only recognises sake and its contributions to Japanese culture but commemorates its history and numerous skilled brewers. World Sake Day was declared and recognised by the Japan Sake Brewers Association.

While we may not be able to visit the gorgeous CAYO resort, you can read about it in our latest issue! It's free to read and full of inspiration for discovering new places to visit.⠀
Has this caught your eye? We loved writing about the little gems of hidden Greece in our latest issue. ⠀
Our first issue features a focus on the beautiful island of Formentera. To find out more why not pop over to the digital issue and discover this little treasure.⠀
Finally, our Summer and very first issue of Travel Dine Relax is ready to read!⠀
JW Marriott, part of Marriott Bonvoy's portfolio of 30 extraordinary brands has announced the opening of JW Marriott Monterrey Valle, the brand's newest luxury property and fifth in Mexico. Acquired by Fibra Inn and operated by Grupo Hotelero Prisma, JW Marriott Monterrey Valle is set in an unparalleled location, flanked by the majestic Sierra Madre mountain range and in the heart of San Pedro Garza Garcia, one of the most prestigious economic centres of Latin America.⠀
We are so excited to announce that the first issue of TravelDineRelax is coming out soon.⠀