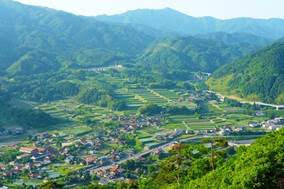 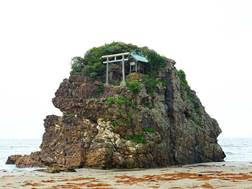 Walk Japan, the pioneer of off-the-beaten-track tours of Japan, is delighted to announce its latest walking tour, The San’in Quest, which launches in April 2019 and will offer a guided exploration of the mystical, mountainous region of the Yamaguchi and Shimane Prefectures.

The fully guided nine-day, eight-night tour travels along the rugged coast of west Honshu and explores this tranquil region far removed from modern-day Japan, steeped in nature and the origin of many of Japan’s oldest myths and legends. The rural mountainous region of San’in is one of the most remote, less-explored and least populous areas of the country, retaining a charming historical atmosphere and providing a glimpse into the fascinating layers of Japan’s history.

The tour is guided by an expert Walk Japan tour leader, offering extensive insight into the captivating historical sites throughout the tour, from the Iwami Ginzan, an abandoned silver mine listed as a UNESCO World Heritage Site to the celestial Izumo Taisha, a grand shrine at the epicentre of the Shinto religion. The tour will also visit Takadono, an idyllic and remote valley that for over 800 years was a crucial source of steel used in the production of Japan’s famed swords wielded by samurai warriors.

The walk begins at Yamaguchi City and ends in Hiroshima, following old byways and forest trails and passing through some of Japan’s most elegant cities, towns and villages such as Yamaguchi, a city that rivalled Kyoto in power in the 16th Century and was popular with Jesuit missionaries. The tour then follows in the footsteps of Lafcadio Hearn, a Western writer who found a home in Matsue in the 1890s and whose writing was inspired by the mysticism and ghost stories of the region. Delving deeper into the mountainous heart of the San’in region, the tour makes its way through Oku-Izumo, which was the economic core of Japan’s traditional steel-making industry, tatara, for nearly a millennium. The tour ends at Hiroshima, a vibrant and lively city that encompasses an ethos of peace, the epitome of Japanese culture.

Visitors will enjoy a leisurely journey over nine days exploring this rural and mystical region, offering insight into Japan’s culture and rich past. Accommodation is provided in traditional ryokan inns, some offering relaxing onsen hot spring baths for unwinding after days spent exploring this largely untouched region. Cuisine throughout the tour celebrates the fruits of the land and seas of the fertile San’in region, offering a taste into traditional Japanese fare.

The San’in Quest Tour is a nine-day, eight-night fully guided walking tour for up to twelve participants. The first tour is running from 22 – 30 April 2019. Prices for the nine-day tour start at JPY428,000 per person (approximately £2,930.50*) and includes accommodation for eight nights; eight breakfasts, two lunches and eight evening meals; baggage transfers and entrance fees. Not included are flights, six lunches and drinks.

This Level 3 tour is suitable for reasonably fit people who can walk comfortably for 4 to 6 hours a day.

*Based on current exchange rates.